Elite Dangerous: Beyond – Chapter One open beta out now for PC 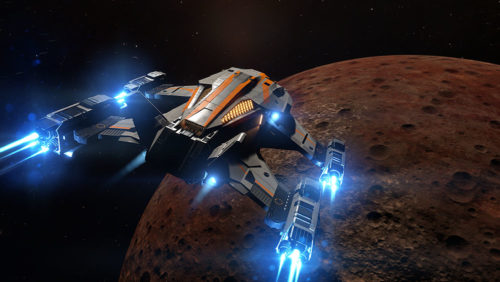 The open beta for Elite Dangerous: Beyond – Chapter One is now up for grabs to all PC players, Frontier Developments has confirmed. The teaser is available free of charge and offers a tantalizing glimpse at the space MMO’s third season.

Chapter One picks up after the Thargoids dealt a crippling blow to human’s starsports, and bolsters the story-driven epic with a host of new gameplay features for battle-hungry players, traders, and explorers alike.

With the beta, you’ll not only be able to enjoy new features such as the Galnet Audio — allowing players to easily access news stories, Wing Missions, and trade data — but also help shape the course of the game’s development by providing feedback.

Furthermore, Chapter One’s beta gives you the chance to take part in missions with three distinctive reward packages, as well as soak up the new changes to the Crime and Punishment system, such as hot ships, bounty, and notoriety.